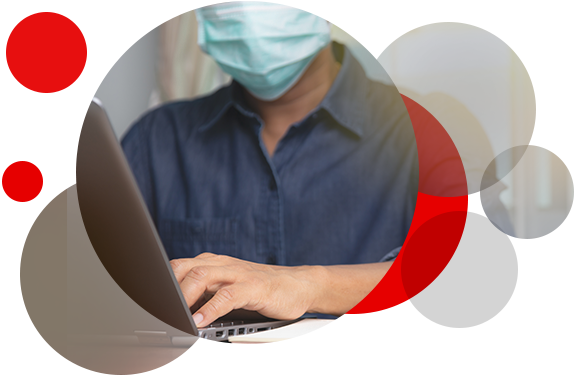 The issues emerging from COVID-19 are many and varied, and are impacting our communities and industry sectors in a number of different ways.

At Matheson, our priority in response to COVID-19 is to reduce the risk to our people and to support our clients. Our IT infrastructure and Agile Working Programme securely facilitates our full client service through remote working arrangements, reflecting Government recommendations.

If, at anytime, you need to speak with someone in Matheson, please contact us as you normally would.

Since the arrival of the COVID-19 pandemic last March, and the mass move to remote working, a key discussion point is whether an employer might face liability for insisting on an employee attending at work in spite of their health and safety concerns.  It was generally accepted that it was only a matter of time before case law emerged on the point.  On 7 January 2021,the first COVID-19 related case on this point was decided by the Workplace Relations Commission (the “WRC”), who held in the employee’s favour.

The complainant was a former employee of a facilities management service provider from 2014 until May 2020, when she resigned.  At the time of her resignation, her role involved co-ordinating student accommodation on-site at a university (being her employer’s client) and providing related support.

During the WRC hearing in late 2020, the complainant outlined that she dealt with a very challenging period following the initial outbreak of the COVID-19 pandemic, given the number of students leaving their accommodation, resulting in her taking a period of sick leave.  She claimed that it was only after her return from sick leave on 11 May that her former employer did anything to address her health and safety concerns, including as outlined in a grievance in April 2020.

As part of the grievance, she had also requested to work from home given that some of her close family members were in the ‘at risk’ category.  As her two colleagues (who carried out the same role as the complainant) had similar concerns due to family members being in the ‘at risk’ category, the complainant proposed that all three of them work from home on rotation - with one person attending the office and the other two working from home.  However, the employer refused the complainant’s working from home proposal on the basis that the roles were not suitable for remote working, but indicated that it would implement a range of precautionary measures such as providing PPE, and changing the physical layout of the office by installing screens etc.  The employee ultimately resigned following the employer’s refusal to consider the remote working proposal and the manner in which it had failed to deal with the overall grievance.

B.  WRC’s Rationale and Decision

The key question to be considered by the WRC was whether the complainant was constructively dismissed following a repudiation of her employment contract such that it was reasonable for her to resign.

The WRC held that the complainant satisfied both the contractual and the reasonable conduct tests for constructive unfair dismissal and that she was entitled to consider herself constructively dismissed by her employer.

In particular, the WRC found that (i) as an infectious disease, COVID-19 constitutes a biological hazard; and (ii) an employer’s compliance with statutory health and safety duties are an implied term of the complainant’s employment contract and that significant non-compliance with those duties could represent a repudiation of an employment contract or mean that it was reasonable for her to resign.

The WRC awarded the complainant compensation of approximately €3,700.  The compensation award was relatively low as the complainant found alternative employment approximately 5 weeks after her resignation – which in turn meant that the actual monetary loss suffered was limited to 5 weeks’ remuneration.  The level of award should not therefore be misinterpreted as indicating the WRC did not treat this as a very serious breach.  It was the maximum that could be awarded in the circumstances.

The WRC’s decision, which is the first published decision by the WRC that we are aware of on this particular point, will be of interest to employers in Ireland generally but particularly in terms of striking a balance between compliance with statutory health and safety duties and dealing with requests to work from home during the COVID-19 pandemic.  It confirms, as had long been anticipated, that any employer insisting on employees attending at work, will need to ensure they have robust health and safety measures in place and can illustrate a high level of compliance with their health and safety obligations.  The decision also shows once again the importance of being seen to engage in a reasonable manner with employees, particularly in relation to personal grievances and concerns.

It is likely that this case is the start of a broader wave of COVID-19 related employment litigation.  We anticipate litigation arising not just before the WRC but also before the Circuit and High Courts in cases where employees allege that they contracted COVID-19 at work as a result of their employer’s inadequate or absent health and safety procedures.  In parallel, we expect to see a rise in novel breach of privacy cases where employees (and data subjects) generally can seek compensation for non-material loss such as stress or anxiety where they have a complaint in relation to the manner in which their personal data was processed for COVID-19 related purposes.  Related to this, it is expected that we will see an increase in contentious matters involving data subject access requests.