Ivailo Kalfin is the executive director of the Eurofound Foundation, which was established in 1975 to improve the living and working conditions of workers in the European Union. As such, he is well placed to comment on the impact of technology on work.

His research-led organisation focuses on changes in the labour marketplace and usually this change can be slow and incremental. Of course, with the lockdown, changes were sped up. The increased and widespread use of video calls is just one example of new changes happening very quickly.

“There are three elements by which we measure this change. Automation is first, where machinery assists the worker. Then there is digitisation, where part or all the worker’s tasks are replaced with machinery. Finally, there is a state where the machine is at the heart of the process and workers are doing tasks managed by the computer,” says Kalfin.

“Pretty much any form of labour can be replaced by a machine and mostly it would improve productivity – but that is only one measurement we need to take into consideration. We have learned in recent years that there are other issues that need to be looked at including ethics, working conditions, life-work balance, stress management and good mental health.”

PwC partner with responsibility for people and organisation Gerard McDonough, partner quotes his organisation’s recent Global Workforce Hopes and Fears Survey, which indicates that people are less concerned with the potential for technology to replace their roles and most concerned about a lack of opportunity to work or learn from colleagues with advanced technical or digital skills.

“People are showing a willingness and eagerness to embrace digital upskilling, so organisations need to provide the opportunities to learn,” says McDonough.

“There is also a need to recognise that not everyone’s appetite or ability to rapidly uptake new technology is the same. There is a behaviour and culture change required at workplaces that needs to be carefully navigated to ensure that no one is left behind and that technology is truly embedded as an enabler, improving people’s experience of work.”

Deloitte’s senior manager of human capital for Ireland, Orla Stafford, also bases her views on research, this time Deloitte’s Tech Trends 2022 report, the latest in a series now in its 13th year. Deloitte’s research identifies a number of key technology trends to which it believes organisations should pay heed as they move to the future, which include data sharing, cloud going vertical, blockchain, automating at scale, cyber AI and the tech stack.

In particular, remote working and flexibility in work locations has led to increased competition among tech talent, as workers become motivated to make frequent moves in search of a job that offers better compensation, work-life balance or workplace values.

“This ‘great reshuffle’ is only expected to rise – the Deloitte research predicts that the IT occupation is projected to grow about three times as fast as the normal average by 2029 at 11.5 per cent, resulting in more than half a million new tech jobs over this time period,” says Stafford.

Kyle Gribben, head of digital services at Matheson, views the change in technology as a bonus for the legal sector, where there is a wide variety of new opportunities arising for both recent graduates and lawyers looking for a potential change of role. For those with a computer sciences background there are roles in software and application development, vendor management, data analytics and more; for those with a legal background there is a need for project managers, legal technology consultants, document and process automation specialists, and indeed the list will only get larger.

He stresses that communication and education are important to balance the change.

“Both employers and employees should look to be proactive about what the future holds for them. For employers, there are skill sets that will shortly become more necessary, and conversely those that will be phased out in time. Where possible, employees should be aware of the future plans that their employer has so that they can seek to upskill and retrain if necessary.

“Of course, not everyone will want to do this, but clear communication in respect of the direction of travel is preferable to a sudden announcement. Similarly, employees should be encouraged to make the case for training and additional education, and employers should be willing to help those willing to help themselves. The essence of all of this being that neither employees nor employers should wait tentatively to see what might happen around the corner. The news is that change is coming, and the best idea would be to prepare.”

Stafford shares Kalfin’s emphasis on dealing with the human issues around work, not just looking at advances in technology and productivity. It’s often a Catch-22 scenario if left not measured or tackled.

“Technology may have physically freed us from our desks, but it has also eliminated natural breaks which would ordinarily take place during the work day. Recent research suggests that this effect is not restricted to the work day,” says Stafford.

“According to the American Psychological Association, 53 per cent of employees surveyed work over the weekend, 52 per cent work outside designated work hours, and 54 per cent work even when sick. Flextime, typically viewed as a benefit of technology providing greater freedom, can actually lead to more work hours. Without tangible interventions, there’s little reason to think this behavior will change any time soon.”

The above article was originally published in the Irish Times on Friday, 17 June, 2022. 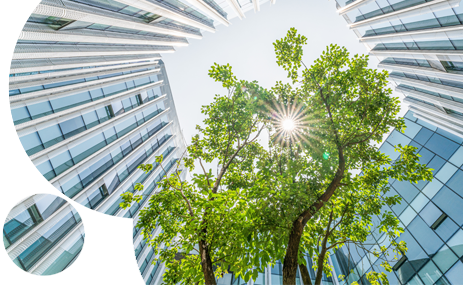